Skeletons in My Closet, Part 2

On 3 March 2017, I had dinner with my “new” cousins in Valdosta, Georgia. I met Dottie and Sherrie, two daughters of my possible half-uncle, and Devon, one of his granddaughters. 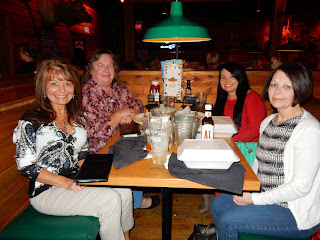 An Alabama birth certificate of Charles Edward Butler was obtained by my uncle. This was actually an amended birth certificate which was issued as the result of a name change that occurred 31 January 1994.1 I mentioned this to Sherrie and Dottie. They said when their father retired, he had a problem receiving his social security benefits. He discovered that his surname at birth was O’Mary instead of Butler which he had been using all his life. Charles spent a few days in Alabama trying to locate his birth certificate. This may explain the sighting of the man in Jasper who looked just like Lester O’Rear (my grandfather).


My mom has requested birth certificates of two more children of Grace O’Mary. The vital records office in Alabama is having difficulty locating the certificates. A trip to the Lamar County Probate Court may be necessary.


Below is a link to a chart of my 2nd great-grandparents, William Richard O’Mary and Amanda E. Harrison listing their daughter Emma Caroline (my great-grandmother) and Grace (mother of Charles).

I have not yet located a marriage record for Grace and Howard Butler (my great-grandfather). She was 15 years of age when their daughter Iva Lee was born.


Grace’s son Burtis never married nor had any children so the identity of his father may never be found. Doris did have children and so did Willa. I have not made any contact with them yet.


Grace married E. Lester Johnson and had 3 sons with him and all 3 are now deceased. They may have known some family information.


The three sisters have submitted their DNA to Family Tree DNA and their results are estimated to be available by the end of April. I can't wait!